Yes I know I am being very random at this point I never really post this type of article but I really got something to say about this and curious on what others think about this situation. I really feel that with out the crossing of these heroes and having to add new ones to get their point across with out using the ones set in play for the shows it gets all retarded in such a way. For me I really do appreciate the crossovers from time to time in a show or movie to show.

Who remembers Buffy the Vampire slayer? Even though in a sense it was cheesing imo it was a decent show and I really enjoyed it but what really made it so much better was when one of the major characters from the show left and made a spin off show called Angel which was also a crossover show and from time to time they would be in each others show making some events a bit more interesting on how they happened. This was crossover done right imo. Some other shows actually do it still today like Vampire Diaries with the originals. 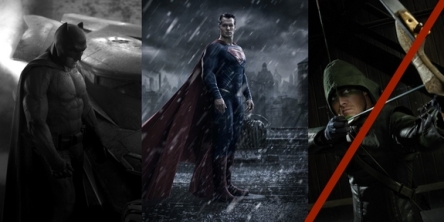 So far the game has been great but I had a few issues nothing game changing or dramatic. Just a pet peeve or two that wouldn’t make sense. The roll out of the game was a bit bumpy with it taking people some time to access the files and beta codes due to traffic. Opening was at 1 pm estI was able to start downloading at 1:20 pm est. By 4 pm I was able to play and enjoy the randomness. 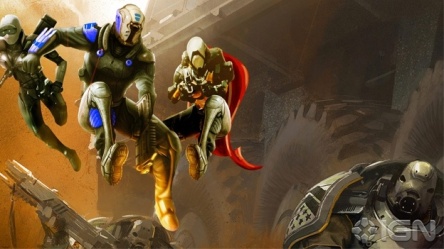 Things got a lot better once my friends signed in and ready to go! I was already level 5 and they started new so I tagged along anyways. Tons of fun to be had when playing with others compared to playing on your own. Was wondering if people we would run into had mics on because we would only hear each other. Would be nice to have a random encounter and conversation with a fellow player.

I was disappointed when we took on the last mission and it cut me off at lvl 8 again like the alpha. For some reason many of us were lead to believe that we would be able to reach lvl 20 and go about more contenr this time around. We got the more content part of things but level remains the same and kinda killed it a bit for me. I give them props on the fact that random events happen from time to time while playing through the beta. I can honestly say overall this is a great game and your not in the right state of mind if you do not want to try this game out… from traits of call of duty and halo both games that has great reputations… and not even considering Destiny… you will be missing out.

So the beta just started up 19 minutes ago. Its actually good to see that the game is going to have its moments but then again the game isn’t really the issue at the moment. Trying to get your codes and get into the PSN store is the actual case. Lot’s of crashes are happening through on the website and in the psn store its a bit ridiculous I decided to give it a rest instead of trying to race into the game but I really do want to get this download out of the way, its about 14 gigs so be prepared to have some space with in your hard drive for it. It also looks like you do not need to keep the Alpha version around in order to place being that its a whole new copy of the randomness.

If anyone is interested in playing with me later on in Destiny’s little beta event you can reach me at Syniax for PSN.  Add me so we can do this randomness all together.  On another note…

This game right here… Has been taking some of my time of gaming. It took a bit to get into it. I was on and off with it and with World of Warcraft getting a bit more interesting with in the year of this games release this game ended up in my backlog. I decided to tackle it once I figured out I had a free upgrade for my PS3 Edition and excited to actually play this on the PS4. Even better with the PS4 edition updated and all you can use your keyboard and mouse as if you were playing on the PC. My laptop really doesn’t cut it for gaming much nowadays so being able to play a fully functional MMORPG on a PS4 with keyboard and all made this experience worth my time. So now i’ve been messing around with this game for sometime and enjoy it. World of Warcraft has yet to inform us about whats going on in life and hopefully we will be seeing more details later on. My only concern is trying to get a hold of the collectors edition copy of the new expansion for WOW… anyways that is all for now more details and randomness on Destiny and FFXIV later 🙂

So here we have it the new ps headset. I use to own some Trittons and they actually played very well compared to these but I will say this and the reason I chose PS headset vs the trittons. It came down to conveniences.

All the key ingredients

So the headset comes with of course… the headset a micro usb plug for charging a piece that connects into a usb port for connectivity ( sorry guys its not bluetooth) Also an aux cord for other epic randomness and a little pouch to stuff it all in… cept the headset I don’t think it fits inside there.

All this for a low price of 99 dollars! 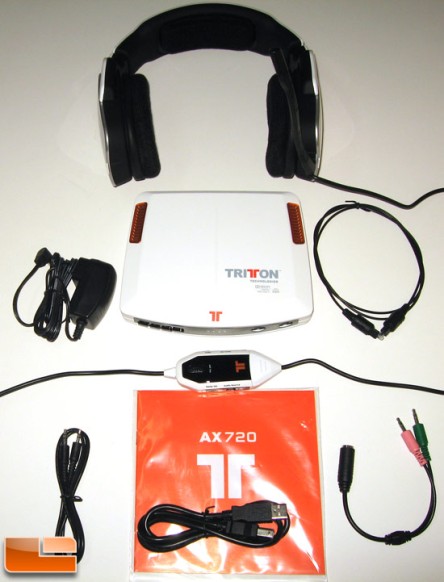 Whats the box for … uggggh

So as you see the randomness of Tritton there is a box and I am no tech guru to actually tell you the full functionality of the box but I am assume that most of the epic sounds are translated inside there and comes out into your ears =O yessss it makes sense. Overall it was a pain to get the wires together because I will explain a run through of how tritton set up works… You have the power cord going into the box and into an outlet. Then you have the box as the main meetup for the majority of wires. One of them will be the USB that goes into your playstation another will be the optic wire that goes in the back of the playstation this makes for a nice mess when both wires are somewhat short and did not compliment my desk set up. Now you have this 10 foot cord that goes from the modem looking box into a remote area for the headset to control volume and set up and then another 20 feet of cord right into the headset… I had alot of cord laying on my lap most game nights. Ok maybe I might be exaggerating on the cord length but it was ridiculous even while i sat infront of my 50 inch tv in the living room I still had bundled up cord.

So my new PS headsets cured the clutter called Tritton in reality all I gotta worry about is the headphones on my head and a piece that plugs into the ps4/ps3/pc. It’s also wireless. Heres the catch though… battery life. The battery life is pretty decent but I’ve had times where I would have to swap over to the ps4 issued mic because my PS headset died in the middle of battlefield. It hasn’t happen much now that I am getting use to the whole charging it while I am not using it. I also read that it has Virtual Surround Sound… some might be asking “Well how does it sound Syn?” It sounds virtual… It took me a bit because in all honesty with my trittons I noticed a bit of difference compared to the PS Headset. I recall listening to footsteps as they came through in COD and camping in a corner like a punk with a shotgun because I wanted to see if I could get the drop on people with just sound while having my trittons on. It really did sound like someone was coming from behind me towards the side of me and then moving towards the front of me and BOOM shot in the gut… I win. However with the PS headset it really didn’t sound convincing and felt like it wasn’t really there. I might have to do some more comparing or maybe it was a bad night for it as far as my internet issue is concern ( Yea brighthouse and their internet is becoming horrible… keep getting dropped on the internet…bad) So I will try to see if its just some issue but I felt more confident with my Trittons on the field. 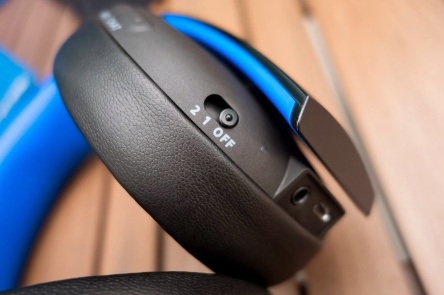 Notice that everything is basically on the headset, it takes some getting use to with button locality and all but its all there. I love it its not like the tritton where I had to hurry and grab the piece to mute myself if I wanted to talk naughty randomness to my fiance… >_> ( Oh  do not act like you don’t mute the mic from your friends when you speak dirty ) All the buttons are right there by your ear and ready and easy to use. I also LOVE the fact that I can use an Aux wire to connect it to my PS Vita and My ipod to listen to music. What is crazy is you don’t even need to charge the headset from my experience to listen to your ipod. You don’t even have to turn it on and music sounds pretty good on this headset.

So my end result for this headset 4 out of 5. I really love these headsets for the simple fact that it works. I love how they are simple to get going and easy to manage. No messy wires everywhere or an awkward box laying on the top of the desk. One piece into the PS4 and the headset. If you are really looking for a decent headset that plays well as far as sound and communication these really work. They also work with PCs on top of that too! Do they work with Xbox? That would be sacrilege  but epic at the same time but for 99 dollars a pop. I recommend these headsets if you don’t have a gaming set.

There you go guys… Pre order Destiny and get access to the beta. Best believe it is really worth it. According to the randomness feed people are saying that we will be seeing alot more this time around as far as quest, levels and things to do overall. I am definitely excited to be apart of this experience. I made a mini review of Destiny in its Alpha stages. I still find it hard to believe that was an alpha test. I mean when you go off and compare it to a BETA test for Battlefield Hardline you begin to wonder how much effort is being put into Destiny. After playing Battlefield Hardline, it was a decent game but overall graphics and physics and every other thing was a bit crazy. Felt semi broke. Destiny Alpha test felt like a final piece demo. I really do hope Battlefield Hardline picks it up because in all honesty if Destiny can pull it off, Battlefield should have no excuses imo.