Hello to all my randomness readers. I’ve been on and off with most games here and there. I’ve picked up demon souls recently to see what was the big fuss about Software’s games ever since the game Bloodborne came out. Apparently Bloodborne has the same game mechanics and falls into the scheme of the whole Souls games pattern. These games are known for the level of difficulty they express. These games aren’t your classic COD Campaign boys and girls. These games really test your ability to be on point as a gamer. So they say …the millions who played this game.

So I started up on Demon Souls and gotta say for a game. Its pretty good. I love the combat that emphasizes on Sword and Shield play. I love how you gotta be alert on an enemies patterns like old school Nintendo days.  I love the scheme of darkness and mid evil appeal. The game all in all is pretty good. What kills me though is the constant deaths and minimal progression. I honestly spent 2-3 hours trying to grind souls in a beginning part of the game while dying about 50 some times. If it wasn’t the knight with the pike or me falling into some retarded gap -_- it was something even crazier such as hopping ghouls with swords on fire who travel in packs. After getting a full set of armor and a short sword the game actually got a bit easier for me and learning the ropes the hard way around made it so much better.

I actually have a goal in beating Demon Souls and after that going down the chain into Dark Souls and Dark Souls 2… I think they remade and added onto Dark Souls 2 and dropped it on PS4 which I hope is the case but i haven’t got a clear answer. After completing those I will tackle Bloodborne. That game looks amazing and basically has the same gameplay. Instead of sword and shield its more offensive according to a friend of mine and dodged base.

What does this mean for other games: 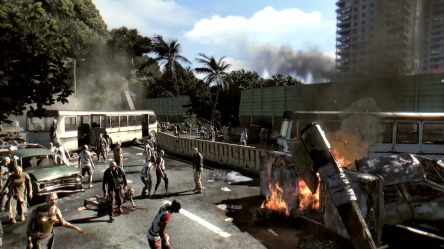 After being tortured and traumatized into the aspect of Demon Souls I caught my self in other games such as GTA Online and Battlefield Hardline acting more careful on my actions. I don’t run and gun much. Even in DB Xenoverse I took the high road against an enemy about 20 levels over my level and won the match just by playing it the “Demon Souls” way ;D

Anyways hope you enjoy this randomness and more randomness to come. Also I will be doing alot of twitch through my ps4 so if you are interested http://www.twitch.tv/syniax and follow so you will know when i will pop up on le twitch 🙂