So I will break this review into a few parts to get my point across. Scoring from 1-5, 5 being Epic 1 Being Horrible. Now let’s get this started for MORTAL KOMBAT X! 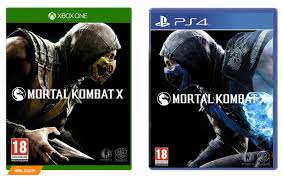 This game basically has a lot going for it the last time I hopped into a Mortal Kombat game which was some time ago. You got the option to fight online against other people. The characters and the styles of fighting are purely amazing at this point. Some characters better than others but that’s all to opinion because for example using Kotal Khan I think his name was… it was terrible I hated using him for the story mode… But its mortal kombat… gameplay in all honesty depends on how well you know how to fight in order to get the best. You can’t go around button mashing. You gotta learn the moves to become a flawless victor! 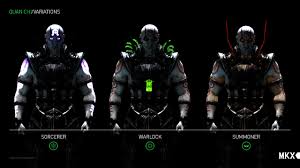 What I really like about the game is the style of kombat you can select and I am assuming it changes your outfit and possibly a skill or two that you are able to use in the game. Which makes it a bit more into variety which I love. Having a mirror match between two Scorpions with different sets might make for an interesting battle. Other things I saw but really didn’t get into was the Faction situation. Apparently you can choose a faction of random choices such as the clan where Sub Zero came from or Raiden’s group. I will probably go into this further on while I play the game.

So lets see the story it’s all good its got a good flow and its saying a lot for a fighting came. Usually fighting games don’t come with stories from the games I’ve played but now they got a lot going on for em like Injustice… That was a great story for a fighting game and great transitions. However the story gets a bit confusing because they go back and forth into the future and after a couple of cut scenes they don’t even tell you were you are at >_> Kinda just gotta fill in the gaps yourself and figure it out. Not so much flow in the story department.

The game looks amazing especially with the 1080p and 60fps (lol) It really does when everyone is standing still. Sometimes the game during the cut scenes tends to lower in the fps area but it is what it is. The game’s combat and fatalities are amazing and the designs and costumes of the characters are on point for the time era it’s all going down. 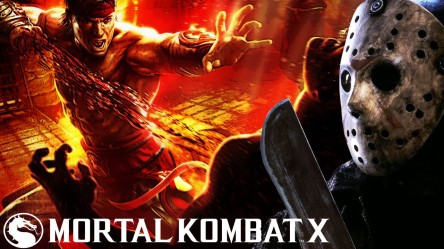 The randomness is a bit here and there for this game when you start to see some old faces during the story mode, I don’t even want to bother with online play because I already know how badly that will end. More for randomness the game is actually doing what they did before and they are about to bring in random characters such as Jason Vorhees and the Predator. Very random indeed. Last time around they brought in Freddy Krueger from the nightmare on elm street movies. Its priceless who they can put in this game. Hoping for a Chucky….

The game is amazing, the story is amazing the randomness is getting there. This is def a keeper in my collection. I mean its Mortal Kombat. You can’t go wrong with Mortal Kombat from the games I’ve ventured through. Is it worth the 60 dollars Ill be honest this one might be worth that factor. In reality games shouldn’t be worth 60 though lol…. But all in all this is a def pick up if you got the cash ready for it. Get that copy and kick some arse and call it a day ;D