These are the titles Sony got for us for the month of October! Very much excited for Transformers Devastation. I’ve actually yet to try this game out but come this October I will be live streaming some of this game and see how it goes. Heard pretty decent comments on this game so we shall see. On the other hand we have Resident Evil a horror classic and we all know that Resident Evil has fell off from that point. HD remake for your PSN Plus sub and in the month of Halloween is amazing! By far one of the scary games back in my child hood!

Hey everyone! Finally got my intro for my video along with the outro that I got a bit earlier. Here are a couple of videos I dropped just recently on my channel youtube.com/syniax

So that’s the new series I think I might start getting together with You Died Montages. Lemme know what you think or any advice you have on series making because in all honesty I am new to this randomness. Also a review for the game Nioh.

Anyways that is pretty much everything for now. Working on my Uncharted Videos soon to get up before Uncharted 4 Drops. Tomorrow I will be streaming Uncharted 3. I already finished 1 and 2 recently with in 2 days. Now For Uncharted 3! Everyone enjoy! and Always remain epic!

Hey everyone! Syniax here with the randomness coming up for the channel. In the next week I will be working hard on my channel with new intros and outtros for my video. Don’t even know if I spelled that correctly. Anyways  moving on… I got a few videos I want to put out there and I want to start-up some series like Let’s Plays for Uncharted and Dark Souls 3. Also I want to continue my podcast with or without my Peoples depending. Those I will be rolling out weekly with guest stars like the great FrozoneUSMC and Templar808! I will also be looking around for other guest stars to put on my podcast on a weekly basis. Planning to cover most topics in the gaming world and work with my fellow gamers to bring content around the clock. 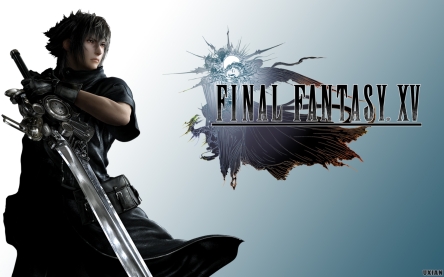 Games like Final Fantasy XV have been interesting at most. With the gameplay and demos they throw at us I am excited to see this game in its fullest. For more info on this game I made a little video with some gameplay and epicness just for y’all

In other news we got Uncharted 4 rolling out soon. 5/10/16 ! I want to try to get some videos up for Uncharted Lets play on the trilogy this week coming up and see what I get out of the crowd! 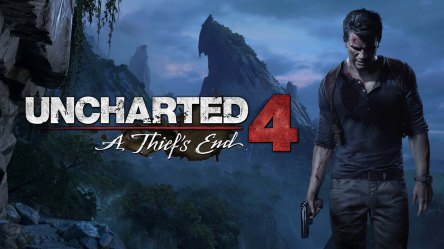 According to the info, this is the last installment for Uncharted which is a bit depressing but at most its a great series to get into. If you haven’t gotten into Uncharted def grab a copy of Uncharted Trilogy via GameStop or however you get your games.

My second podcast will cover again…. The Division (Oh Lord) Yes I’ve got some words for this game. Destiny was crazy in its way but I feel that The Division has been a bit more of a let down compared to Destiny. I will explain in my video coming up soon. Anyways thanks for sticking around everyone and for my YouTube channel at youtube.com/syniax remember to like the videos you watch if you have enjoyed them. Each like helps out in support of the video trying to surface out and if you haven’t hit that subscribe button! thanks for the support and remember to always remain epic!

Hey everyone. It’s been a while but I’ve been on and off working on my stream and getting pieces of equipment to get it going. So far I got another monitor and the programming part of the stream ready and set up. I still have to get the El Gato device being that most my gaming will take place on the console but I’ve been doing some PC gaming as well as of Recent.

I’ve been playing the game SMITE on pc. It is a 3rd person MOBA online. Basically another Dota/LoL style game but the difference is that it’s 3rd person other than that over head view. So far its been pretty good even though I am not a fan to MOBAs. This game has def made me change my view on MOBAs with the 3rd person appeal. I will be playing this game on and off and I would like to get a bit serious into this game but I only know 1 other person in my crew who plays this game and he is as new as me.

Other games I’ve been playing on pc would be Guild Wars 2. It’s still a bit dry and the major reason I came back is because a few friends are playing but the expansion adding a bow for Guardians also came up which was a huge plus but eventually I fell in love with the Necromancer and the minion build. The way the game plays and feels is still off for me so its not something I will be taking serious.

Now when it comes to my goals for 2016 its basically to get my stream up and going. I’ve done a lot of work recently on my stream and if you want check it out on Twitch.tv/syniax . Def take some time and hit that follow button to stay update with the games I will be playing and future events and giveaways I will be putting out there.

Now the game The Division is coming out soon in March last time I checked on the 8th of this year. This is the game I’ve been looking forward to streaming and I think the beta will be just around the corner from now. A lot of my friends really don’t feel like this game will have any value to it. I am wondering if it will do better than Destiny. Destiny was a quick fix into RPGs but towards the end started to fall apart. This game has some potential and I really hope they don’t screw this up right off the bat even though most games as of recent years just tend to throw out tiny bits of game and expect you to stick around while holding the burger on the rope leading you on.

Anyways that’s my randomness for today. Stick around for more to come. Also for more videos and live streaming head over to twitch.tv/syniax and youtube.com/syniax . Cya around!

Hey everyone Syniax here with a Fallout 4 Review.

Took me about a few days to finish up on the main story but I gotta say it was worth it. Each mission feeling like a netflix episode where in which I had to continue on to see what happens next.

My experience with Fallout isn’t the same as others. I actually got into the series a bit late… like a couple of months ago… Don’t get me wrong I played the old school PC ones but when 3 came out I bought it killed people and dropped the game. Now in a better state of mind I actually was able to complete 3 and new vegas with out a problem.

Fallout 4 is a great game and here is why.

The gameplay is basically the same concept you got with Fallout 3 and Fallout New Vegas. They improved on the VATS system where in which the targets still move around a bit but in slow motion to give some edge to the actual scenario. Gunplay in the game is a whole lot better and feels more like a first person shooter than what fallout had going on in the past.

The story is on point. Like I said earlier I had to keep going. I won’t put out any spoilers but it really gets crazy going down some of these story arcs. I’ve only went down one and working on my second playthrough. Even the side quest have crazy little situations that become very interesting.

Graphics are definitely basic when comparing to other games, but the graphics don’t make this game. Content and Gameplay really made this game shine out of the ground. Fallout never fails to deliver quality story content and hours of exploration.

We have a few bugs here and there that happen in the game but nothing ground breaking… I’ve heard of one yesterday thats been posted up here and there. Hopefully they patch that up before I get to that side randomness.

and that is all!

Hey everyone, Syniax here randomly dropping info your way on the latest randomness for gaming. Here we got a video for Outlast 2 that was announced today! Nothing really seen here but the cross and people hiding around… but yes wonder how this game will fair out.

I’ve actually played a little bit for Outlast 1 and its alright for the most part, but not being able to hit things and running around can get scary but at times also gets a bit annoying once that scare factor wears off… I will be live streaming on Halloween night with Outlast and Evil within and possibly Walking Dead Season 1. Stay tune and subscribe on my YouTube channel ( Subscribe Link for Syniax ) More randomness to come! Enjoy the video