Hey everyone! Dropping this random video I made recently! Enjoy it!

Hey everyone this is Syniax with more of my epic randomness to throw around. In a week and change we got E3 ready to blow us out of the water with the games and announcements they want to put out there and I for one will be excited for some of the games and DLC that might be announced during E3 from some of these companies.

Soon I will be getting together with my friends to see how we will be doing this podcast. Thinking about just going live Tuesday night and having people inside our chat for twitch and putting the audio on iTunes to branch out into other crowds hoping to get more reach with our randomness and opinions of gaming. Getting out there and advertising myself is the tough part. Hoping friends and family will share it up when it all goes down to get across.

Games like Final Fantasy XV are def taking the crown this time around in my opinion. Hoping that this game will shine beyond its past. With the news about FF7 getting its remake finally it might have some competition in a sense but I don’t think FF7 will compared to this game with the way the devs are handing FF7. 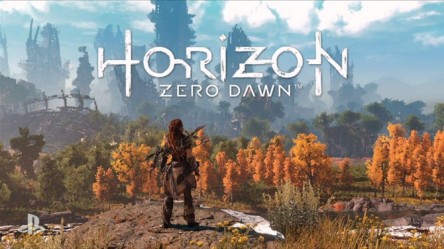 Now Horizon Zero Dawn is a game to be excited for. This game for me is the major hitter this year hoping that it actually does come out this year. I have high hopes for this new IP and hope that they get it right the first time around. Maybe later on it will get better but I would love to see a damn near perfect game in its first shot. No clue on story and everything that is going on for the most part it sounds crazy. Overall the game looks amazing and I can’t wait to see some more on this game.

No Man’s Sky is just around the corner and maybe we might see some new topics covered in E3 about this game but for the most part in all honesty, If you asked me about No Man’s Sky a week ago I would tell you that its retarded. I have no interest and when is World of Warcraft Legion coming out? I took the time to really dig into No Man’s Sky recently with videos and gameplay footage and I’ve got to say the idea behind this game is pretty insane. I already know that I will be joining the voyage come August when this game actually releases? Will you be joining the voyage? Hmm. I will definitely  be streaming this game in a show like basis because the amount that could happen to anyone or the randomness that can go down will be different across the board and that’s amazing. So this game got my vote for the most part and I will be apart of this epic journey.

Anyways this is Syniax signing out. Gotta keep this blog up to date with my randomness after a conversation with a friend. This will be an easier way to communicate when it I can’t make a video right off the bat. Also I think podcast will start-up again Tuesday Night so stay tune! If it’s on twitch.tv/syniax , make sure you hit that follow button to be updated that night to be apart of the show in the chat. Hoping to see a few familiar faces in the chat participating. We shall see! Anyways Syniax out!